During the partition of the landed property, the youngest daughter got the short end. 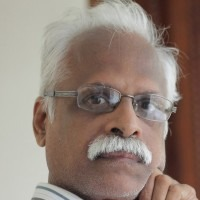 Home in the World by Amartya Sen — citizen of everywhere

It took 20 minutes to manoeuvre Amartya Sen from his Harvard home to a restaurant at the Charles Hotel two minutes around the corner. At 87, Sen’s mind remains as sharp as when he won the Nobel memorial prize in economics in 1998. But his body is painfully frail. 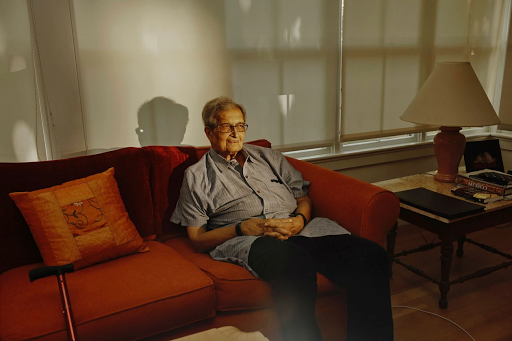 In 2018, Sen underwent 90 days of radiation therapy to treat prostate cancer. He suffered from mouth cancer as a student in Kolkata in the early 1950s. His Indian doctors gave him a one in seven chance of surviving beyond five years. He confounded them all.

Much like Vladimir Nabokov’s dental agony, Sen’s memoir, Home in the World, published in the UK next week, is pockmarked with Sen’s life-long physical ailment. In more ways than one, his life has been a triumph of mind over matter.

Dressed in a tweedy shirt and a billowing bright yellow Harvard raincoat, Sen’s inimitable appearance is completed by what looks like a Lenin cap, minus the red star. It is a drizzly summer day in Cambridge, Massachusetts. “That’s Amartya Sen,” I heard more than one person remark as we shuffled across the hotel foyer.

Sen has had one knee replaced but is not yet robust enough to replace the other, which means he is constantly unbalanced and suffers cramps from poor circulation. Only his cerebrally sunny demeanour seems unscarred. “I haven’t lost any of my teeth,” Sen tells me with a lopsided grin.

It is hard to know where to begin with Sen’s life — the epitome of the globe-trotting intellectual-scholar. He established a whole new way of thinking about development — as much a rights-based political endeavour as an economic one.

Home in the World, which begins in colonial India, which gained independence when he was 14, stops in 1963. This is before his major work on the economics of famine, social choice theory, the capability approach — Sen was an inspiration behind the UN’s human development report — gender equity and a career at the summit of western and Indian academia. 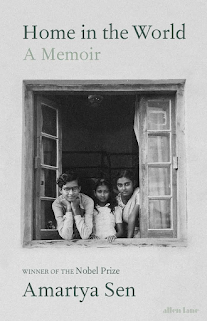 The first non-white head of a Cambridge college when he became master of Trinity in 1998, he has taught at Harvard, Oxford, Delhi, the London School of Economics, with brief spells at too many more to mention. He was also the first head of India’s Nalanda University, the moribund Buddhist institution (arguably the world’s first university), which was founded by Emperor Ashoka in the third century BC and brought back into existence in 2014.

Very little of this happened before 1963. Yet, minus one or two romantic dramas, his memoir presages all that was to follow. Sen, who has been married three times and has two children from each of his first two marriages, tells me it might be impolitic to write a second that would touch on their lives. He has been married since 1991 to Emma Rothschild, the distinguished historian who now holds a chair at Harvard. It seems that one volume will have to suffice. “I am so glad finally to get this book off my hands,” says Sen.

His odyssey is by no means complete. He plans to write monographs on various pet themes. These include the future of higher education, which would include spicy critiques of Harvard’s administrative shortfalls. The university’s managers, whom Sen mischievously likens to the autocratic British Raj, spend more time with donors than scholars. “They are too distant from the academia they are supervising,” he says. “As master of Trinity, I had lunch with every undergraduate.”

Given Sen’s close familiarity with America, he is surprisingly reluctant to speculate on the origins of western populism, although he rates America’s outlook as less dire than India’s. “Joe Biden showed quite a lot of willingness to take on the world in the first couple of weeks,” he says. “Then he seemed to weaken a bit.” Sen is particularly exercised by Biden’s unwillingness to further investigate Donald Trump’s alleged abuses of power.

Another topic is the importance of gender equity. The early parts of Sen’s book cover his education at Shantiniketan, an ashram-like retreat in West Bengal founded in the 19th century by the father of Rabindranath Tagore, the Bengali poet and Nobel Prize winner for literature, who gave Sen his first name, which means “immortal” in Sanskrit. Sen’s grandfather was a close friend of Tagore’s.

The school — which was largely unaffected by the great 1943 Bengal famine that killed more than 2m people and inspired Sen’s Nobel-cited study on how starvation is caused by income inequality rather than food shortages — was remarkably progressive. Girls and boys were treated equally.

It was at Shantiniketan that Sen decided he was an atheist, which, he is keen to underline, is a noble and accepted strand of thought in the Hindu tradition. Yet if someone put a gun to his head and forced him to choose, he would take Buddhism (“the philosophy of Buddha, which was secular — not the religion”).

Sen resigned from Nalanda in 2015 after Narendra Modi’s Hindu nationalist BJP had taken office and blocked money to a university that it suspected was anti-Hindu. Modi’s government denied Nalanda permission to celebrate Buddha’s birthday, even though the philosopher-prince gave the world a creed that was quintessentially Indian.

A few years ago, Sen was to appear on the BBC’s Hard Talk programme and noticed he was described on the teleprompter as a “Hindu scholar”. “I said: ‘Are you going to take this off, or shall I leave?’ They took it out.”

The title of Sen’s book is drawn from a Tagore novel, The Home and the World, which is about the complexities of India’s struggle against western domination that was also immortalised in a Satyajit Ray movie of the same name. To Sen, the title evokes the secular, intellectually curious and tolerant climate in which he was raised. Sen recalls visitors to the ashram included Eleanor Roosevelt, Chiang Kai-shek and, of course, Mohandas Gandhi, who was murdered by a Hindu nationalist.

Today’s Indian rulers, Sen fears, are attempting to stamp out its tradition of openness. The BJP is rewriting history to excise the secular legacy of the early Moghuls, such as Akbar, who had as many Hindus at court as Muslims, and, of course, Ashoka, who preached tolerance for all beliefs.

“India has a long history of pluralism that is now under threat,” says Sen. “Akbar’s court was thriving in the late 16th century when they were burning heretics in Rome’s Campo di Fiore.” Sen attaches some of the blame to VS Naipaul, the late Nobel Prize-winning Trinidadian Indian, who depicted the history of India’s Muslim dynasties as a dark night of temple-razing oppression. “What Naipaul wrote was absolute nonsense,” says Sen. “A complex story has been simplified by a group of very determined people.”

Sen’s story as a cosmopolitan in the world has not lessened his sense of Indianness. Though he has lived abroad since 1971, he only has an Indian passport. Before the pandemic, he would visit Shantiniketan up to five times a year, where he keeps a house (aided by a life-long right to free first-class travel on Air India — a massive perk that followed his Nobel award).

In the past few years, a heated debate has erupted about the legacy of British imperialism. Sen’s view is that India took a lot from Britain — “the powerful journalistic tradition”, “parliamentary debate” and “Shakespeare’s English”. But such upsides came in spite of the British empire, “which, at best, gave India very little of value”, rather than because of it. “You have to separate the two,” says Sen. “The empire denied India its freedoms.”

When Sen arrived at Cambridge in 1953, his landlady, Mrs Hangary, worried that his brown skin would stain the bath tub. By the end of his tenancy, she had become a campaigner for racial equality. “She went from racist to jihadi for equality,” says Sen, chuckling. “I adored Mrs Hangary.”

Almost half a century later, Sen became master of the college that gave the world Isaac Newton, Lords Byron and Tennyson, John Dryden, Bertrand Russell, Jawaharlal Nehru and Ludwig Wittgenstein. Tony Blair called Sen personally to persuade him to take the job. At the college meeting to decide the next master, the chair said: “Sen is the only person this year whom we might someday consequently regret not having elected.” Sen, chuckling, adds: “This was considered a ringing endorsement. It was a masterclass in English understatement.”

The walls of his living room, to which, at glacial speed, we have long since returned, display a life of the mind. There are portraits of John Rawls, the Harvard political philosopher, who was arguably the most influential liberal theorist of the late 20th century, and Willard Van Orman Quine, the linguistic philosopher, each of whom were close friends (both painted by Rawls’s wife, Margaret).

There is a Halo light that Sen uses to illuminate himself for Zoom. And there is a painting of Nalanda university by a Chinese artist. Somewhere in the house I imagine there must be parts of the ancient bicycle that Sen used to traverse West Bengal when he was researching the famine.

Looking around, it strikes me that Sen is more than an economist, a moral philosopher or even an academic. He is a life-long campaigner, through scholarship and activism, via friendships and the occasional enemy, for a more noble idea of home — and therefore of the world.

In this age of identity politics, this Bengali savant refuses to be defined by labels. “Home and the world are the same thing for me,” he says. “It always was.” Our colour, our religion, our gender, our nationality — these are mere facets of our complex selves.

Noticing I am late for my flight, I urge Sen not to show me to the door. It would take too long to get there. “That’s an astute observation,” he responds as he waves goodbye from what looks like a philosophical repose.

Edward Luce is the FT’s US national editor

Home in the World by Amartya Sen — citizen of everywhere | Financial Times (ft.com)