The Ramayana: A Tibetan Retelling 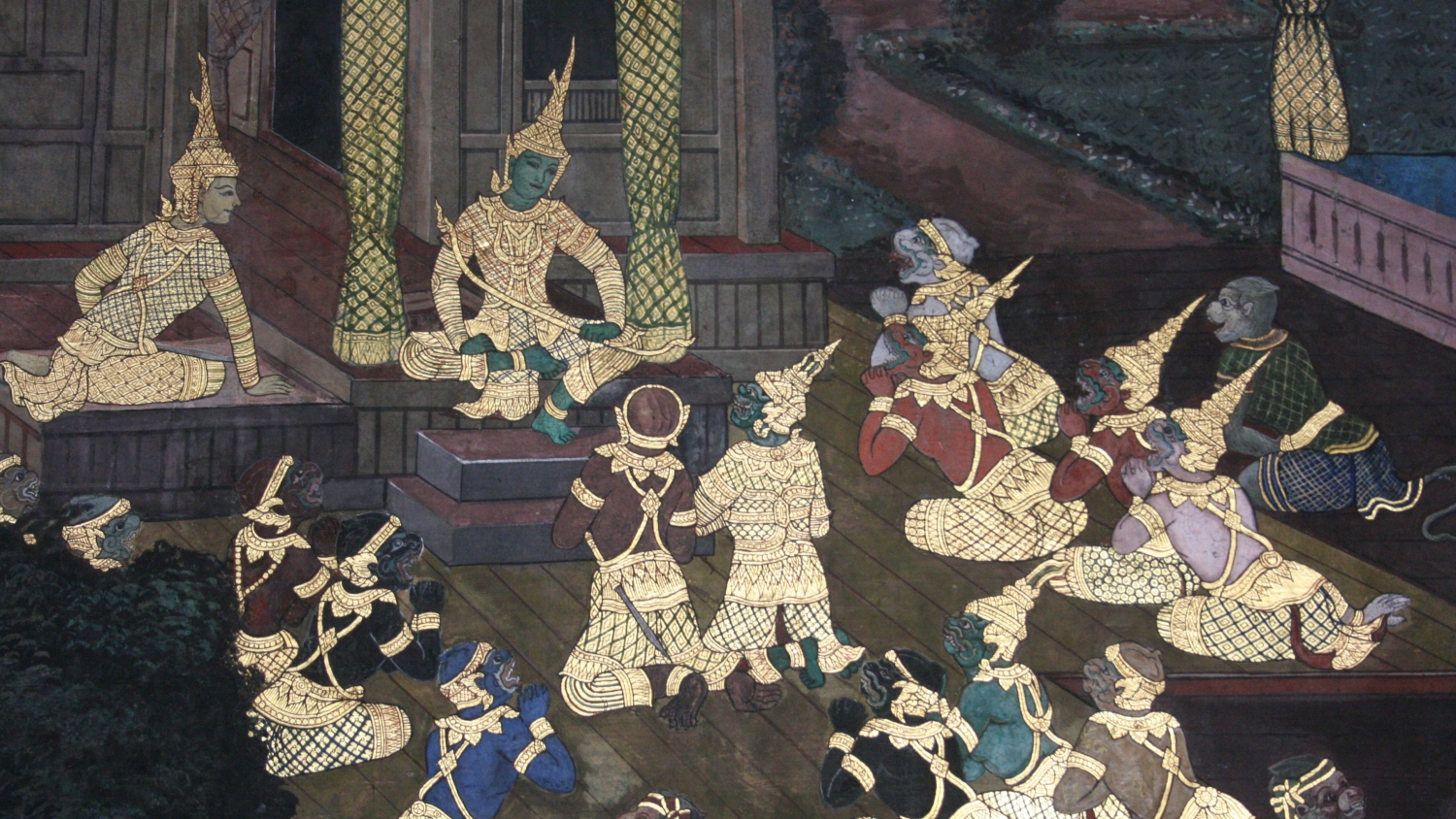 The Ramayana is part and parcel of Indian culture, and who doesn’t know the story of how Rama rescued his beloved wife Sita from the clutches of Ravana with the help of an army of monkeys?
But what if we told you that this was not the full story? What if we told you, for instance, that there was a version where Ravan is actually Sita’s father? Or, that the story ends quite happily for Lord Ram & Sita? Twists and turns like this are a part of the Tibetan Ramayana, one of 300-odd versions of the epic poem written in 22 languages across South and South-East Asia.
While Valmiki penned the original Sanskrit Ramayana around 2,500 years ago, this great story that signifies the triumph of good over evil spread to many Asian countries via travellers and traders in ancient times. Versions are therefore found in countries like China, Nepal, Burma, Malaysia, Indonesia, Japan, Cambodia, Mongolia and the Philippines, even as the oral retellings incorporated changes based on the culture and ethos of the regions it reached.
Manuscripts in the Dunhuang Library Cave, 1908
Tibetan Ramayana was found in the beginning of the 20th century, when important religious and secular documents were discovered in the Mogao Caves of Dunhuang, an archaeological site at the eastern end of the Silk Road in Xinjiang province of China. Six incomplete manuscripts contained excerpts from the Ramayana, and by piecing them together, an almost entire story emerged. This version was popular in the region between the 4th and 11th centuries, and parts of it are very different from Valmiki’s version. Surprisingly, it has no Buddhist influence at all.
One of the Tibetan manuscripts|© British Library Board IOL Tib J 737.2
According to the Tibetan Ramayana, Dasagriva (Ravan) had a daughter but when it was predicted that she would cause her father ruin, he enclosed her in a copper box and committed to the waters. A peasant, while channelling water in a furrow in his field, found the little girl and adopted her, naming her Rolrnedma. When she grows up, they search for a suitable groom and find Ramana (Rama), who accepts her and gives her the name Sita.
In another episode, when Ramana goes to fetch the deer and Lagsana (Lakshman) follows him, Dasagriva appears before Sita in the form of an elephant, then in the form of a horse but Sita refuses to mount him. Afraid to be burned by touching Sita, he carries her away along with a piece of the ground.
The abduction of Sita by Ravana, depicted in stone reliefs at Prambanan temple, central Java, ca. 900.
Later, three monkeys – Pagsu, Sindu and Hanumanta – are sent to search for Sita and Ramana gives them a letter for Sita along with his ring. Sita sends her reply in another letter.
During the battle, Dasagriva makes himself invisible but Ramana challenges him to reveal a toe. Consequently, Ramana cuts off Dasagriva’s first head, the horse head, a vital part of his being (unlike the navel in the Indian version), and Dasagriva dies.
The Monkey army, aided by the Queen of the Southern Ocean (Guanyin) and her subjects, builds a bridge of stones from India to Sri Lanka, from Thailand
The most intriguing aspect of the Tibetan retelling is its contrasting ending. According to this version, after Ramana accuses Sita of adultery and sends her away, Hanumanta convinces him that she had not been unfaithful to him with Dasgriva. Ramana therefore calls her and his two sons back and they all live happily ever after in the palace ‘Old Earth’.
The enduring story of Rama is been told and retold for around 2,500 years and there is always something new to discover and learn.
If you wish to view the Tibetan manuscripts, four of them can be found in the India Office Records of the British Library in London, and the other two at the National Library of France in Paris.
Cover Image: Mural of Ramakien in Wat Phra Kaew, Bangkok
Posted by * at 1:23 AM