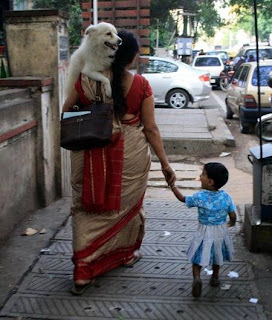 GoM on Rajiv and Bhopal: sloppiness or cover-up?

"After the Central government's intervention, it was stated that Mr. Anderson and others were only taken into protective custody and lodged in the company's guest house to save them from mob violence."

The GoM report notes in paragraph 16 that an FIR was registered at the Hanumanganj police station on December 3, 1984 against Carbide officials which mentioned only Section 304-A (gross negligence) and no other section.

But the reports by G.K. Reddy and PTI note that Mr. Anderson and others "were arrested" as soon as they landed in Bhopal from Bombay "under seven different sections of the Indian Penal Code (IPC). The Sections are: 120B (criminal conspiracy), 304 (culpable homicide not amounting to murder), 304A (causing death by negligence), 426 (mischief), 429 (mischief in the killing of livestock), 278 (making atmosphere noxious to health), and 284 (negligent conduct in respect of poisonous substances)".

In fact the bond which Mr. Anderson signed in Bhopal prior to his release also noted: "I have been arrested by Hanumanganj Police Station, District Bhopal, Madhya Pradesh, India under Criminal Sections 304 A, 304, 120 B, 278, 429, 426 & 92. I am signing this bond for Rs. 25,000/- and thus undertaking to be present whenever and wherever I am directed to be present by the police or the Court".

Since Section 304 is a 'non-bailable offence', i.e. bail can only be granted by a judge and not on the basis of a bond, were legal corners also cut to ensure Mr. Anderson was released immediately? The prior grant of safe passage meant he should never have been arrested in the first place.

http://www.marca.com/deporte/futbol/mundial/sudafrica-2010/calendario-english.html
Posted by * at 1:11 AM No comments:

Manama: A disgruntled Saudi man risked his life by walking barefooted on an electricity wire without knowing when power could be restored to draw attention to repeated energy cuts affecting his village.

Witnesses said that Mohammad Al Qah'tani climbed up a pole and then walked barefoot for around 100 metres on the wire while holding the overhead wire with his hands for balance amid concerns among fellow villagers that power could be restored at any time.

Al Qah'tani said that he wanted to prove that the wires often did not carry electricity and that the electrical company took a long time to restore power.

"The residents are fed up with the repeated power cuts that have been causing moral distress and material losses," he said, quoted by Saudi daily Okaz.

Electricity company officials in the village in Asir, in the south western part of Saudi Arabia, attributed the power failures to heavy rains and unstable weather.

Company Shastra | Stock Shastra
Posted by * at 3:51 AM No comments:


We thought it fit to conduct the first World Classical Tamil Conference. We decided to hold it for five days from the 23rd to the 27th of June 2010 at Coimbatore in a grand manner.

For more than 150 years, Tamil scholars and those conscious of their Tamil heritage have been demanding that the classical character of Tamil be recognised. They claimed that Tamil has rich and hoary literary and grammatical traditions, its own script system, and an unbroken lengthy history. In addition, the language has continuously been a spoken language at least for more than 2,000 years in Tamil Nadu. It has essentially kept its age-old character intact, even though it is an effective modern language.

The demand for classical status arose in the context of the British Indian administration treating Sanskrit, Persian, and Arabic as classical languages and making special provisions and support mechanisms for the learning and development of these languages. The demand arose also in the context of the strong Tamil tradition and tendency, even now easily discernible, to maintain its own distinct character through various linguistic, literary, religious, anthropological, sociological, cultural, and architectural means and contributions.

In recent years, George Hart, Professor of Tamil Studies at the University of California, Berkeley, reiterated with sound arguments the demand that Tamil should be declared or recognised as a classical language. He wrote in 2000: "First, Tamil is of considerable antiquity. Second, Tamil constitutes the only literary tradition indigenous to India that is not derived from Sanskrit. Third, the quality of classical Tamil literature is such that it is fit to stand beside the great literatures of Sanskrit, Greek, Latin, Chinese, Persian and Arabic."

Dr. Robert Caldwell (1814-1891) established beyond the pale of controversy the reality of the Dravidian family of languages and the high antiquity of Tamil. According to him, it is the most highly cultivated of all Dravidian idioms; it can dispense with its Sanskrit altogether, if need be, and not only stand alone but also flourish without its aid.

Caldwell's study provided the base for the formation of the Pure Tamil Movement, founded by the great Tamil savant, Parithimaal Kalaignar (V.G. Suryanarayana Sastri), a Professor of Tamil at the Madras Christian College. He first gave the clarion call to recognise Tamil as a classical language. His view was further nurtured by the renowned scholars, Maraimalai Adigal (1876-1950) and Devaneya Paavanar, who opined that Tamil was the primary classical language of the world.

The 1970s again saw a champion of the cause in Manavai Mustafa, then Editor of UNESCO Courier (Tamil). But he did not have much organisational backing. Since 1975 he has been writing consistently in newspapers and magazines pressing the demand. Chief Minister M.G. Ramachandran asked him to send a petition detailing how Tamil qualified to claim the status.